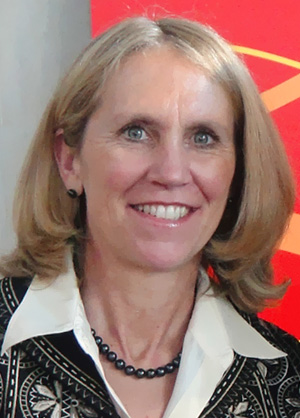 Becky Calvin is a World and Olympic coach who has her PSA Master Rating in Figures, Freestyle and Moves in the Field. During her amateur years, Becky trained with Carlo and Christa Fassi, Gustave Lussi, and Howard Nicholson.   Along with her skating background and coaching credentials, she has a BFA in Dance from Southern Methodist University. After graduating from SMU, she was hired to coach at the Broadmoor World Arena and has been with the Broadmoor Skating Club since 1978.

In 1999, Becky teamed up with Tom Zakrajsek to begin a successful team coaching relationship. Together they have coached many skaters at numerous levels and with varying motivations. Their goal is to always advance each skater as far as they can take them.

Becky commented, “Our approach and joy is in developing skaters and helping them grow and mature both as individuals and figure skaters. The team approach has always worked for us in helping to coach each skater to their highest level. Two is definitely better than one. In addition to the hard work we put in there is always time for some fun and to get to know each skater personally. It is important to both Tom and I that our teaching style matches each skaters own personal learning style.”

Over the years Becky has worked with skaters such as Rachael Flatt, Ryan Bradley, Max Aaron, Jeremy Abbott, Brandon Mroz, Agnes Zawadzki and many others. Along with the U.S. skaters, Becky and Tom have coached many other international athletes such as Paul Bonafacio Parkinson who was the 2013 Italian Men’s National Champion and represented Italy in the 2014 Sochi Olympics.